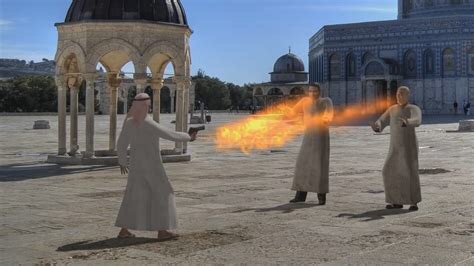 In the Book of Revelation, the two witnesses (Greek: δύο μαρτύρων, duo martyron) are two of God’s prophets who are seen by John of Patmos, during the “Second woe” recorded in Revelation 11:1-14.

They have been variously identified by theologians as two people, as two groups of people, or as two concepts. Dispensationalist Christians believe that the events described in the Book of Revelation will occur before and during the Second Coming.

The two witnesses are never identified in the Christian Bible. Some believe they are Enoch and Elijah, as in the Gospel of Nicodemus, since they are the only two that did not see death as required by the Scriptures.

Others believe them to be Moses and Elijah because they appeared during the transfiguration of Jesus or because Enoch was not Abraham’s descendant. Some also believe that they are Moses and Elijah due to the description of what they are to do. They have the power to shut the heavens (Elijah) and turn water into blood (Moses) cc